Traditional womanhood is almost a lost art. There are too many women who find themselves in adulthood unprepared. But thankfully, it doesn’t have to be that way.

This post may contain affiliate links. As an Amazon Associate I earn commissions from qualifying purchases made through links on this post at no extra cost to you. Click here to read my full disclosure.

What does traditional womanhood mean? And how can I become one?

The phrase “traditional womanhood” doesn’t appear in the dictionary, but Merriam-webster says womanhood is

1: the state of being a woman

2: the qualities considered to be natural to or characteristic of a woman

Based on this definition any quality typical of a woman means she’s achieved womanhood. But what qualities? And what if they come natural to everyone but me? Britannica says womanhood is

1: the state or condition of being an adult woman and no longer a girl

Which implies that womanhood is merely an age-based sort of promotion!

“Isn’t there more to womanhood than this?”

The answer is emphatically, “YES!” The textbook definitions have some truth to them, but womanhood is only one part of life. And it doesn’t necessarily belong to every woman. We are complex creatures and because of that our nature cannot easily be defined in a cookie cutter fashion. Point in case, my husband recently asked what was on my mind and I said, “My mind is like Chrome with 100 tabs open all at once right now.” That’s ok! Womanhood isn’t a box of traits someone slapped a label on and gave to you now, Voila! Suddenly you’re a woman now.

In fact, Traditional Womanhood is NOT…

Most of those things can be nice on their own but some aren’t exclusive to women. They’re also stereotypes. Although they are part of womanhood for some, they aren’t the best definition of traditional womanhood.

However, traditional womanhood IS…

1: handed down from age to age

So then, traditional womanhood is when one woman gives the gift of old-fashioned quality traditions to another woman. Some of those qualities will be intangible like self respect, pride in the home and gentleness of spirit. Others will be practical like advice and help managing a home or training children.

The responsibility to pass this gift of traditional womanhood along does not solely belong to a mother or grandmother either. Women pouring into women is how we cultivate the next generation and help our homes and societies blossom beautifully. Why? Because traditional womanhood unites women then families then communities one by one.

Is it really worth it?

Womanliness is an art and the traditional woman embellishes it with her values. But the art has been lost over the years so today when you hear the phrase “Traditional Woman” you might think of a grandmother knitting in a rocking chair by the fire in a quaint cabin in the woods. Others picture the dutiful housewife vacuuming the living room in high heels and pearls. Still more may think it’s a farmhouse bride with six or seven kids who makes fresh bread everyday and milks cows.

But it’s not unattainable so don’t lose heart! Womanhood is a group effort. Although my immediate network is nearly two people large, I draw upon the wisdom of women beyond me to lead me. The energy of those younger than I am pushes me to keep learning and sharing. Because this is how life was truly meant to be lived, it also means I have to be consistent on the journey. I also need to accept grace when I fall short.

The traditional woman is loyal to herself but also has dynamic unity with other women. She is tenacious and a natural nurturer, born with an innate desire to create meaningful relationships, love and beauty. This woman is a true multiplier in a dividing society. Her mindset is different from the millennial generation. That doesn’t mean she doesn’t have troubles like everyone else, but how she processes situations is vastly different.

How do I know if I’m a traditional woman?

The fact that you ask that question means you’re already on the way there! While the concept of womanhood is generally associated with feminine traits or characteristics, the application from one woman to another is completely unique. And although the millennial generation may have drifted from traditional qualities, it doesn’t mean you have to stop being yourself. So if you’re not the “love to cook (maybe even from scratch)” type, don’t worry! You can learn the skill in stages. Then, work on mastering other life skills every woman should know! If you want to advance in your corporate career and be a strong independent woman with no husband or kids, go for it!

Becoming a traditional woman is freeing, not restricting. It’s getting back to the basics and leading a more well-balanced, self-sufficient lifestyle. I’m learning that it means accepting myself, loving my husband and learning how to raise my kid. It also means learning how to manage my home, cook good food, plan dream trips then take them! And it’s pouring into others to help them achieve the same thing. If you have a desire to be or do any number of these things, you can become a traditional woman.

For the woman without a village surrounding her or for the one who needs a little something more, here are a couple ways you can take steps towards becoming traditional:

There are various skills to master on the path to becoming traditional. Read more about intangible skills that are ultra valuable. Some parts of this journey will require making tough decisions too. But if you find yourself stranded on an island first learn to have fun alone. Even that is an opportunity to grow from within first. Quality relationships with like minded women will come in time and when they do, cherish and nourish them. Chronicle this journey so you never miss a moment! Embrace it for what it’s worth – all the joys and pains. Be resilient enough to adapt over time yet gentle enough to know there’s always room to improve. You’re becoming traditional is going to be epic.

To learn more about me and the Becoming Traditional village, read the “About Me” section here!

Next: Life Skills for Women Worth Their Weight in Gold

Scroll to the Top

Next Post: Life Skills for Women Worth Their Weight in Gold »

Welcome to the Village 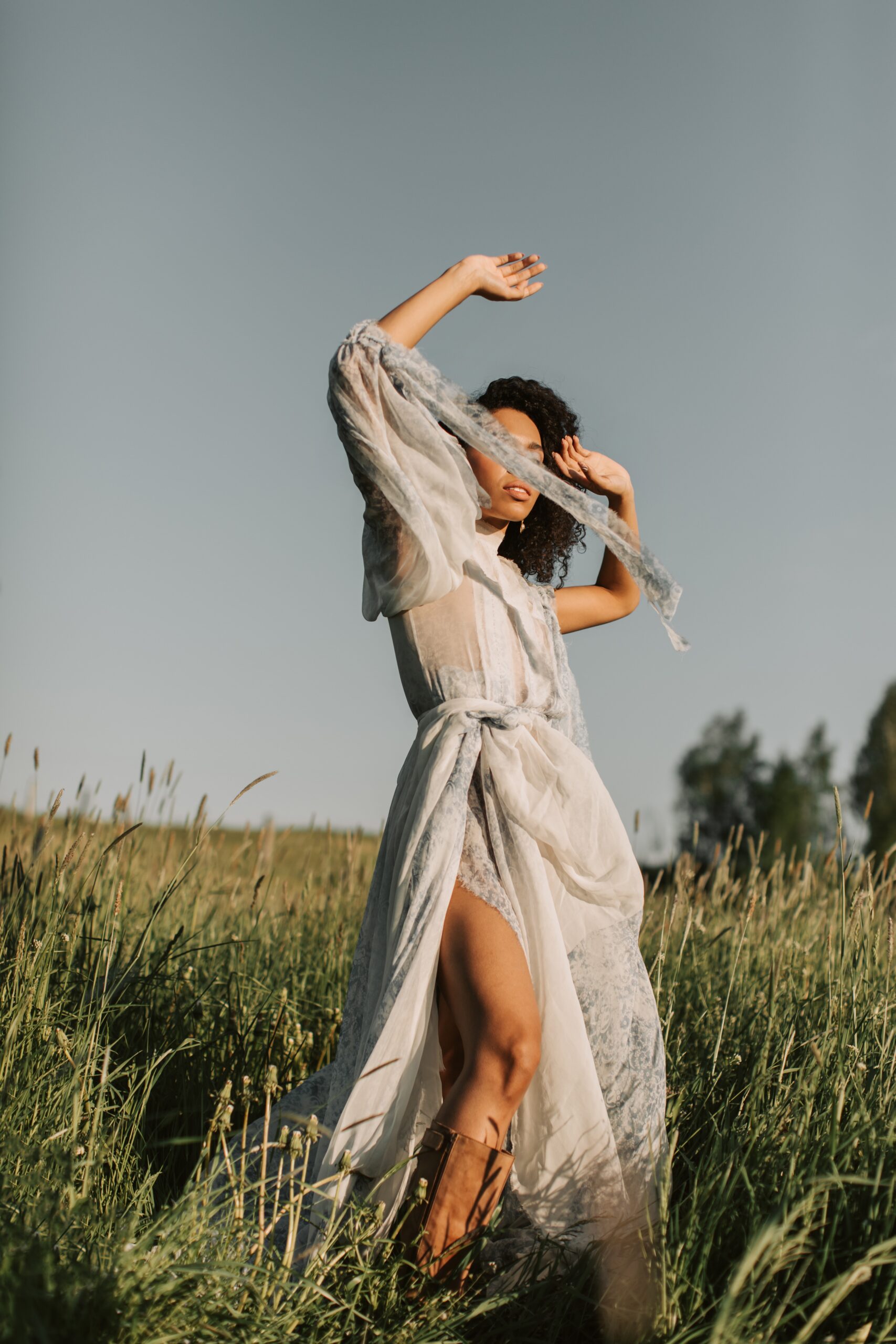 If it takes a village to raise a kid, heaven help the woman who doesn’t have one.

Hi! I’m a 28-year-old woman with the heart of a homesteader, a mind not from this era and a desire to escape the woes of the concrete jungle with my best-friend/husband. The problem is I don’t have the tools, knowledge or village necessary to get out of the city. So join me on a transformative journey from lost city girl to well-nurtured, traditional woman while juggling motherhood, individuality and a career outside the home. Click here to read more about me!

Affiliate disclosure: As an Amazon Associate we may earn commissions from qualifying purchases at Amazon.com. Disclosure Policy

This website uses cookies to improve your experience while you navigate through the website. Out of these, the cookies that are categorized as necessary are stored on your browser as they are essential for the working of basic functionalities of the website. We also use third-party cookies that help us analyze and understand how you use this website. These cookies will be stored in your browser only with your consent. You also have the option to opt-out of these cookies. But opting out of some of these cookies may affect your browsing experience.
Necessary Always Enabled
Necessary cookies are absolutely essential for the website to function properly. These cookies ensure basic functionalities and security features of the website, anonymously.
Functional
Functional cookies help to perform certain functionalities like sharing the content of the website on social media platforms, collect feedbacks, and other third-party features.
Performance
Performance cookies are used to understand and analyze the key performance indexes of the website which helps in delivering a better user experience for the visitors.
Analytics
Analytical cookies are used to understand how visitors interact with the website. These cookies help provide information on metrics the number of visitors, bounce rate, traffic source, etc.
Advertisement
Advertisement cookies are used to provide visitors with relevant ads and marketing campaigns. These cookies track visitors across websites and collect information to provide customized ads.
Others
Other uncategorized cookies are those that are being analyzed and have not been classified into a category as yet.
SAVE & ACCEPT